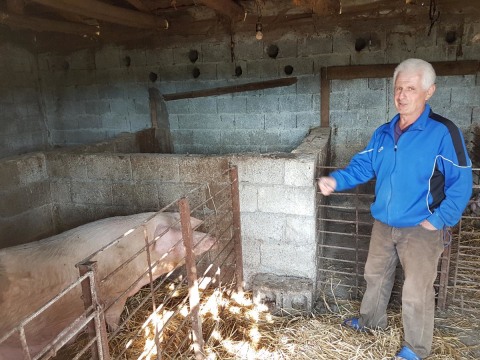 Ndoc's loan finished fundraising, but these other borrowers need your support

A loan helped to pay for his daughter's Bachelor of Physiotherapy studies.

Ndoc is 55 years old and a father of two grown-up children, a 27-year-old son and a 20-year-old student daughter.

Ndoc rises livestock for a living; he raises chickens, turkeys, pigs and goats. He is asking for your support to pay for his daughter's Bachelor of Physiotherapy studies.

In Albania, lately, it is very common to emigrate to Germany for work contracts. Ndoc plans, after his daughter finishes her studies, to go to work in Germany together with her brother, and to make their lives there, because Albania doesn't have many possibilities for the youths.

Ndoc thinks that he will be able to repay the loan after selling the turkeys for New Year's Eve.