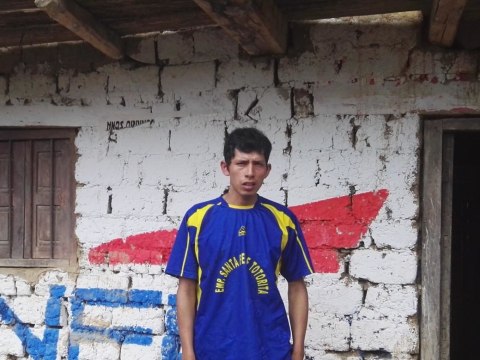 A loan helped buy manure and to remove weeds from his organic, fair trade coffee crop.

Henrry, age 29, lives in Caserío Barrio Nuevo, San Ignacio, Perú with his wife and their three school-aged children. He wants a loan to invest in his coffee farm so he can increase his production and, with that, his income.
Henry cultivates coffee as his main business, but he also gets an additional income from raising and selling barnyard animals like hens and hogs. His wife and children help with this.
He sells his organic coffee in the CENFROCAFE cooperative, which sells on the organic, fair trade market.
Henry has been a member of Coopac Norandino for two years and he is grateful for the loans he has received. He has always shown himself to be responsible with his payments.