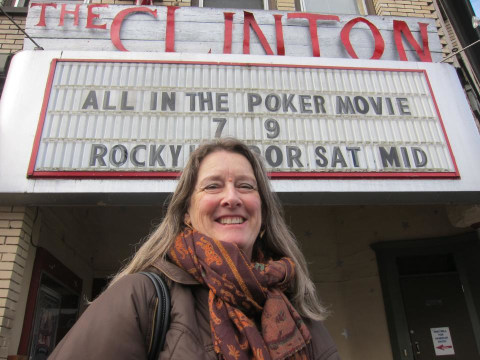 Lani's loan finished fundraising, but these other borrowers need your support

A loan helped make the improvements to a local community theater of over a 100 years, so it can continue to provide a unique space for films, live theater and music in Portland.

I grew up in Moore, Oklahoma, the oldest in a family of five children. My dad was a lifer in the Air Force and my mom took in laundry and worked various odd jobs to make ends meet. I was the first in my family to graduate from college. Today, I live in Portland, OR with my husband of 29 years and our rescue dog, Buster. In the late 1990's, when Roger and I lived in New York, we owned and operated a successful computer software company that specialized in information management of employee benefits and human resources. We started with nothing but an unwavering belief in our product. We sold the company in 1999, after being in business for less than two years. At this time we had over $3 million in annual sales and a team of 50 full time employees and contractors. We decided to take one year off, and during that time we knew we wanted a life different from the one we were leading in the corporate world. We moved to Portland in 2001, lived off our savings, spent time with our first grandson, travelled in Europe and Central America, and I volunteered with hospice. I also went to film school and wrote and directed three feature length documentaries and numerous shorts. Seeing a film through post-production to completion requires far more hours and stick-with-it-ness than I ever thought possible, and as the owner/operator and wearer of almost all hats at the Clinton Street Theater, I count on that tenacious spirit to get things done. Most of my dreams these days center around the Clinton Street Theater. We've come so far in only five years, and I can't wait to see how our independent spirit and support for the arts evolves over the next five.