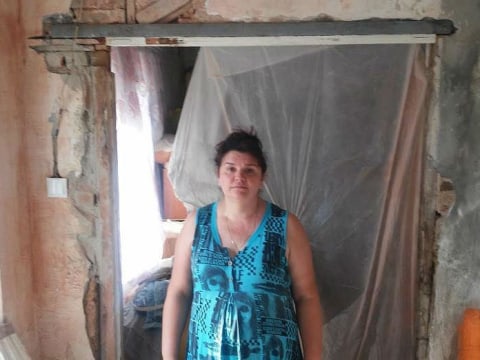 Anjelika's loan finished fundraising, but these other borrowers need your support

A loan helped to renovate the living room in her house.

Anjelika is married and raising two children. She has been involved in selling women's clothing at her native town's central market since 1994. Anjelika has three retail outlets at one market. All of her funds are invested into the merchandise, which she regularly updates.

Three years ago, Anjelika's family bought their own old house. Since then, the family has been investing a lot of money into renovating this house. At this stage of the renovation, the main focus is the repair of the living room. Anjelika wants to replace an old floor there, insulate the floor and put cement into the floor foundation, and then place laminate on the floor. She also wants to putty the ceiling and walls, paint the ceiling and put wallpaper on the walls. She is planning to wrap up the renovation by installing room doors. Hired workers will provide the repair work. The repairs are expected to last about 4 months.