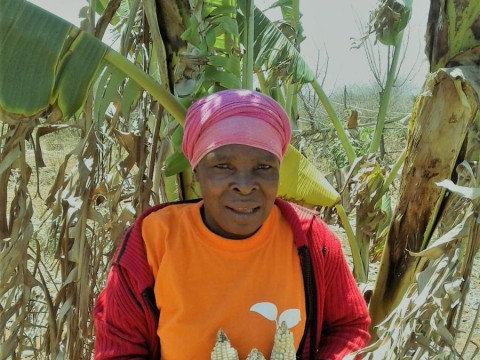 Anjela's Group's loan finished fundraising, but these other borrowers need your support

Anjela, pictured above, has been a farmer for more than 20 years, and is now proud to represent her group of 9 farmers in Kilolo North District. She is 56 years old, married and has 2 children. Anjela likes to think of herself as a very experienced farmer. She has been working alongside One Acre Fund since 2015 and decided to represent her group because she likes being a leader. She says that being part of the One Acre Fund community has meant that she has been able to consistently feed her family. Anjela plans to use the profits from this coming season to buy chicken. In total, Anjela’s Group will receive inputs to cultivate 17.5 acres of land. Given that some members of the group will also be purchasing a solar light, with this loan, the group will also receive a total of 1 solar light.