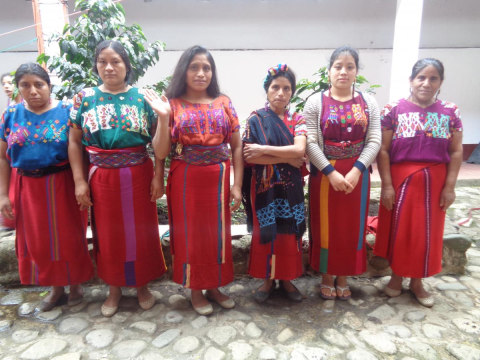 Florecitas Group's loan finished fundraising, but these other borrowers need your support

A loan helped to buy milk, eggs, maize, flour, sodas and snacks to expand her store.

Catarina is 32 years old. Her parents gave her the opportunity of studying, but she did not like to study, so she quit at the ninth grade. At the age of 20 she married.

She wanted to initiate her business selling huipiles [a traditional garment]. Since she did not have funds, she began searching for financial institutions and was referred by neighbours and friends to Chajulense Association of Women United for Life. This year, she will receive her sixth loan. Her first two loans were invested in the huipiles-selling business.

She started a commodity store with her third loan, while the fourth and fifth loans were used in the store. With her sixth loan, she will be expanding her store. She will be buying milk, eggs, maize, flour, sodas and snacks.

Catarina says that her husband had an illness, which caused him to go blind. Her store let her help her husband with the illness and now with the support of her family.