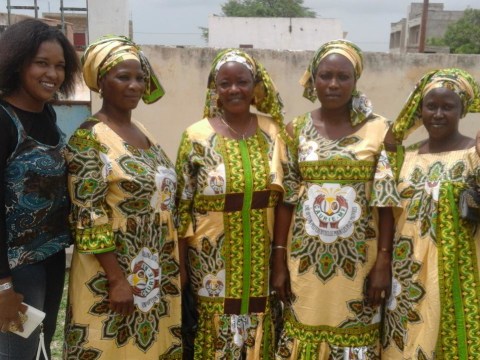 Aissatou's Group's loan finished fundraising, but these other borrowers need your support

A loan helped to purchase four crates of chicks and 12 sacks of feed.

Mrs. Aissatou and her companions in the photo have been part of their banc villageois since it was established in 2013.

Mrs. Aissatou is a go-getter. She is 44 years old, married, and the mother of six children, two of them girls. Mrs. Aissatou has been poultry farming at home for more than eight years, so she is able to raise her chicks with low mortality rates.

With her loan, Mrs. Aissatou plans to purchase four crates of chicks and 12 sacks of feed in order to run her business. Her profits allow her to support her husband in handling the family's needs by paying the electric bill and her children's school fees.