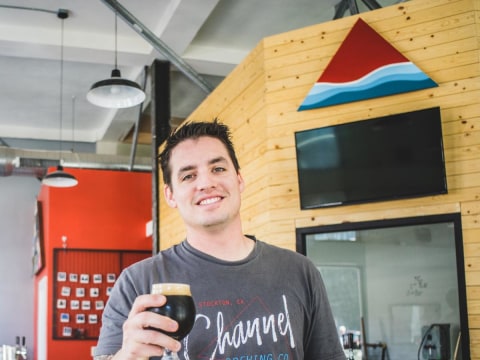 A loan helped us buy the ingredients we need to fill our new shiny equipment with beer and be able to be the ONLY Stockton brewed and packaged beer, growing the business, the economy and the community.

My name is Billy Chaddock and I am part of a team of young entrepreneurs. I was born in raised in Stockton, CA which has always been known for its crime level and poverty stricken neighborhoods. Growing up in Stockton I really didn't know anything other than this. My mother was 15 when she became pregnant with my oldest sister and by the age of 20 had 3 kids, me being the last. She always did her very best to put her children first and made sure we always had love and support if nothing else. After high school I decided that the military was a good option for me so I could receive health and school benefits to set me up for a more successful future. I married young (right after I joined the military) and my wife and I will soon celebrate our 10th anniversary. We have 2 bio kids and adopted a sibling group of three this last year. We are invested in this community because we want to see this city thrive and we see hope in the eyes of many of its citizens. Putting a business downtown was not just a business move, but a personal stance of where my roots are. It is the people that will change our community!