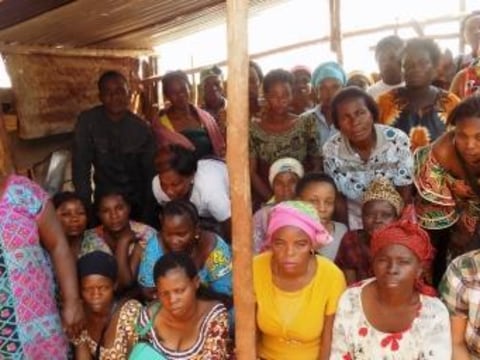 Bachidose Group's loan finished fundraising, but these other borrowers need your support

A loan helped to buy 10 bags of cassava flour, 6 bags of maize flour, and pay for transportation.

Helene is a customer of the MFI Hekima and the leader of the community bank "Bachidose". She is 44 years old, married, and the mother of 9 children, 4 of whom are still at school.

Her goals include building a large warehouse and a mill, and refurbishing her home.

She would like to thank Hekima and its partners for the good initiative they have shown in giving financial help to the poor people of the Democratic Republic of the Congo.