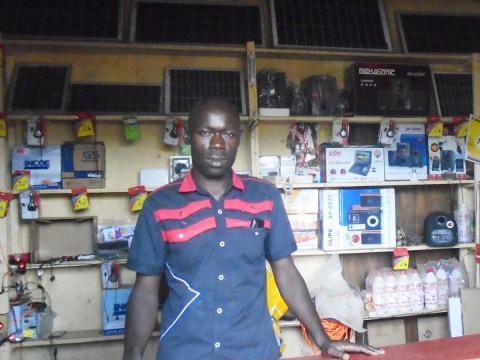 James's loan finished fundraising, but these other borrowers need your support

A loan helped to buy more stock of items such as radios, solar panels to boost his business.

James is 32 years old,married with two school going children. He is a businessman from Wairagaza in Hoima district. He is the only person who operates an electronic shop in the trading centre after realizing people would travel long distances to go to town to buy electronic items such as radios,television sets,batteries and solar panels. He decided to open up his small electronics shop which has been in existance for the past two years. This has enabled him to serve a wider number of customers and now he has been able to expand it into a bigger business using his savings.

He supplements his family income through farming such as growing maize, beans and peas which he sales to market traders and schools. This has enabled him to pay school fees for his children as well as to meet his family financial obligations.

However,his major challenge is limited capital due to the increasing customer demands he has applied for a loan facility to buy more stock of items such as radios,television sets,batteries and solar panels to boost his business and meet his customers growing demands. James is very determined and hardworking man. Thanks kiva funders for sustaining James' business.