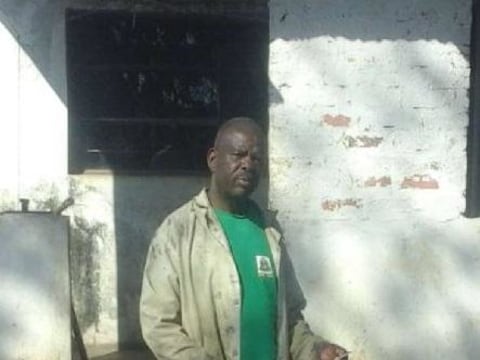 A loan helped to obtain a solar submersible pump to help with irrigation on his farm.

Edward is a 64-year-old, smallholder farmer. He is based in Kabwe District in the Central Province of Zambia. Edward has been farming for over seven years and grows a variety of crops including green maize (also known as corn), cabbage and tomatoes.

Like most smallholder farmers in the district, Edward uses inefficient and labour intensive methods such as buckets and other manual pumps to irrigate his crops. Having a solar submersible pump will reduce the labour required, improve the quality of his crops, and also allow him to expand the cultivated area of his field.

Rent-To-Own is keen on testing new irrigation technologies that are not widely available on the Zambian market such as the solar water pump. With the cost of solar power dropping each year in conjunction with the rising costs of fuel in the region, solar technologies are becoming a more viable option. Rent-to-Own will deliver the solar water pump directly to Edward's farm and will provide him with training on how to use and maintain the pump properly.