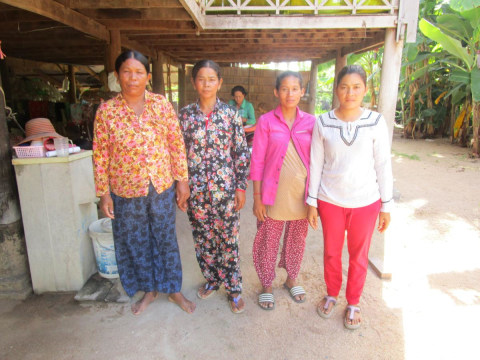 Chanly Group's loan finished fundraising, but these other borrowers need your support

A loan helped to raise pigs.

Chanly, 29, is a married mother of only one child who resides in Kampong Chhnang province of Cambodia. She is a farmer and has been cultivating rice with her husband together as an income for four years, typically making around $20 US per day.

Chanly, who leads the group with four members, appears first on the right. She would like to use her share of the loan to raise pigs. She believes this investment will allow her to increase her profits and better support her family. In the future, she is going to enlarge her farm, to renovate her house, and help her child to get higher education.