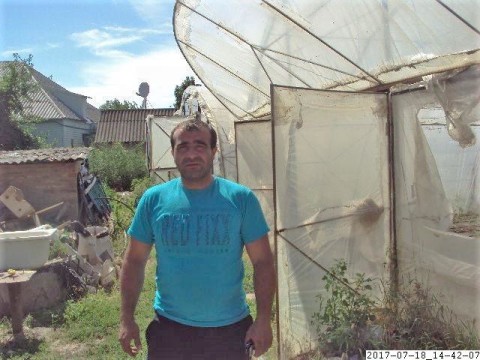 A loan helped to purchase seeds and fertilizer for his green houses.

Vardan is married and has three children. He has his own business growing vegetables in greenhouses. Mostly, he grows cucumbers and tomatoes. Vardan started his business about five years ago. Now he has two pieces of land and seven greenhouses.

Vardan has used a Kiva loan in the past and found it very helpful for his business. Due to the previous Kiva loan, he was able to purchase coal at a good price and heat his greenhouses.

This time Vardan is asking for a loan of 70,000 UAH to purchase seeds and fertilizer to plant tomatoes and have a second harvest.

In the fall, the prices for vegetables go up and Vardan can have good sales.