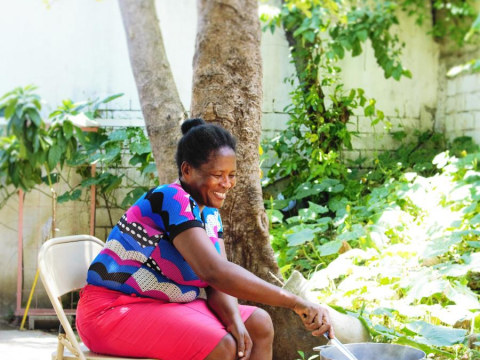 A loan helped to import and stock clean energy products such as solar lights or improved cookstoves.

PALMIS Enèji received its first loan from Kiva via Entrepreneurs du Monde in May 2015. After a period of economic slowdown due to political unrest in the second half of 2015, the social business enjoyed significant growth in 2016. It reached a record of 9,700 new households with high quality, sustainable and safe energy products during the course of that year. In early 2017, PALMIS conducted a satisfaction survey among its solar lantern customers which showed that 92% of the respondents use the solar lamp as their main source of lighting and that 86% of them consider that they save money thanks to the lamp. In total, PALMIS Enèji has reached 27,000 households since its inception, in 2013. The social business expects to disseminate 12,000 new energy appliances during the course of 2017 and is therefore requesting a new loan of 30,000 USD which will be used to import and stock clean energy products to meet customer demand. Claudette Alphonse, on the picture, who purchased an improved cookstove from PALMIS Enèji: “My improved cook stove is very good: it uses a lot less charcoal, it heats fast and I can cook meal faster”