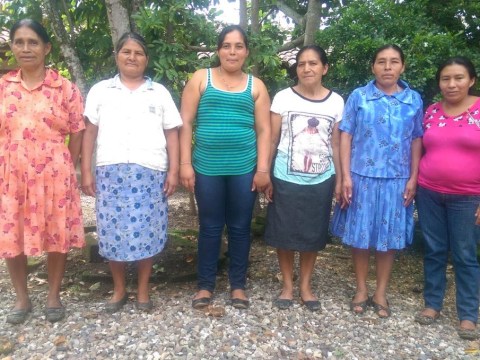 Fogones Mejorados Group's loan finished fundraising, but these other borrowers need your support

A loan helped to buy compost and to fertilize her plot of coffee .

Maria is 34 years old. She is a single mother and has three children. She lives with her children in a community of Gracias, Lempira. Six years ago Maria decided to raise coffee, since it is a suitable zone for its cultivation, and she has obtained good results. She sells this coffee in the same zone.

Now she is applying for her sixth loan cycle with the institution in group form. [Her loan] is for 15,000 lempiras to buy compost and fertilize her plot of coffee. She has as a goal to expand her plot, planting more coffee to obtain better income.

The group to which she belongs is called "Fogones Mejorados," and it is formed by six people who live in the same community and work in agriculture. They are applying for a loan of 97,000 lempiras to fertilize their coffee plantations.

In the photo, they can be identified from left to right: Maria Juana, Juana, Maria Sara, Maria Adela, Maria Rubenia, Maria Santos.