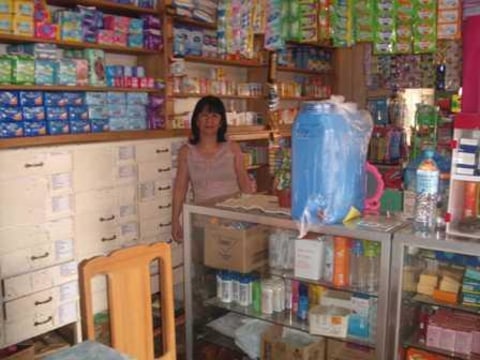 Janet manages a pharmacy in the public market of Andres Bonifacion in Diffun, Quirino. With the income that she generates from her pharmacy, she was able to help her husband to send their three children to school. Now, she needs a loan to purchase additional medical products to sell in her pharmacy. She would like to borrow PHP 35,0000.00 to purchase additional merchandise. Janet and her husband are doing their best to providing their family with a higher standard of living. Janet wants her business to grow because she believes that it is a big help to people in their search for cheaper and effective medicines for their illnesses. Janet is 48 years old and happily married to Roy. The couple was blessed with five children. Two of her children have graduated from college and three are still studying. They are Sande Cris, Kathleen, Ilohim, Jinkishe and Jared Omega. She is hoping that her younger children can finish their studies like her two older children.