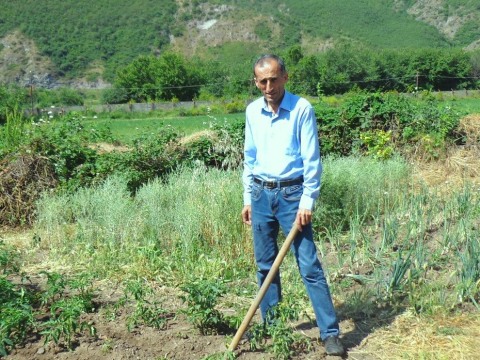 Samvel's loan finished fundraising, but these other borrowers need your support

A loan helped to repair the irrigation system for his garden and also to change the old fence around it.

Samvel is 51 years old and he lives with his wife and two children in Kapan city of the Syunik region. Samvel has higher education and he is an engineer-mathematician. He managed to work both as an engineer and as a teacher of math at the school. Now Samvel is also employed and he works as an engineer-architecture at the private company.

After his work, Samvel is farmer and he has large plot of land on which he cultivates beans, onions, garlic, tomatoes, cucumbers, and greens. He also has an orchard with apple, apricot, peach and mulberry trees in it. He sells his land's goods from his farm and also uses part of it for his family.

Now Samvel requests a loan to repair the irrigation system of his garden and also to change the old fence of it.