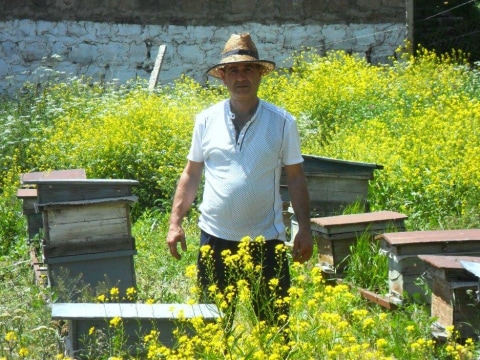 Robert's loan finished fundraising, but these other borrowers need your support

A loan helped to purchase hay for all his cattle until he can take them to the hayfields.

Robert is 45 years old and he lives with his wife and daughter in the village Geghi of Syunik region. Robert now works as a driver and he also manages his farm works.

He has cows on his farm and also a lot of bee families. With his wife's help, Robert sells a lot of milk, macun (national dairy-product), cheese and meat. Robert’s farm honey is also very popular and he sells it very profitably thanks to its high quality and perfect bouquet of taste and scent.

Robert mentions that he cares of his farm greatly and he is worried now since his cattle have a lack of fodder. He wants to use this loan to purchase hay for all his cattle until he can take them to the hayfields.