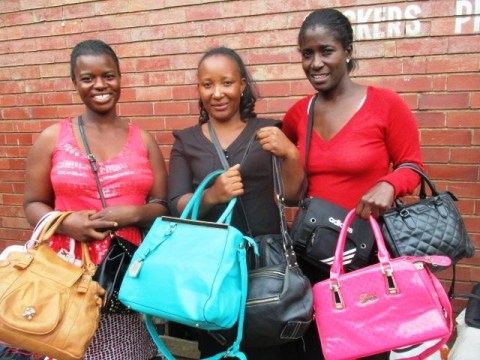 A loan helped to restock four bales of second hand clothing from Mozambique.

No one wants to be a failure in life, everyone thirsts for success. Sophia is a 34-year-old mother of three who has made it her life’s goal to work extra hard in order to provide for her family. She buys second hand clothes from neighboring Mozambique and sells in the Central Business District of Harare. Sophia has created a very good name for herself in the second hand clothing industry as she purchases quality clothes that easily catch her customer’s eyes. She usually restocks twice a month and hopes to increase these crossings to weekly as her customers have greatly increased. She is now selling in bulk to various people who then go on to resell mostly in mining towns around Zimbabwe. Sophia believes women also have to take part in the upkeep of their families, hence she helps her husband who is a security guard. With a loan of $1000, Sophia restocked four bales of second hand clothing from Mozambique.