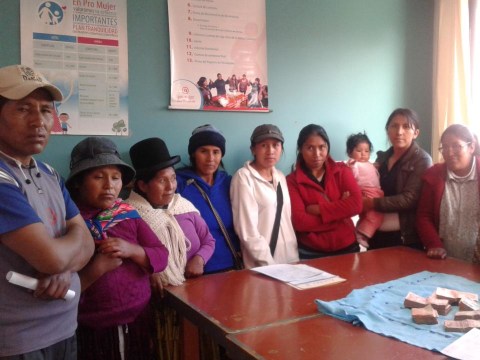 The "Lunitas II" communal association will begin its fourth cycle in Pro Mujer as part of the Alto Lima Focal Center. It's made up of ten members and is directed by a board of directors, where Virginia is the President.

The loan that they are taking will benefit their small businesses, including Virginia's. Currently, she has a business selling cell phones. She tells us that she learned this business through her own initiative over several years.

The loan that she's taking now will be used to augment her working capital for buying cell phones wholesale, which she'll buy from wholesale vendors in the city of La Paz, and which she'll later sell in her sales space.

This type of work enables her to earn income to support her family economically. She is in a common-law marriage and has five children.