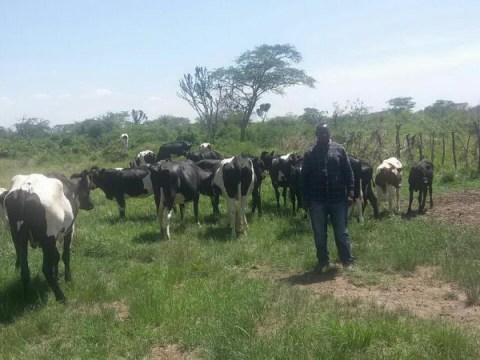 A loan helped to buy cattle for fattening.

Joseph is a resident of Kiira-Wakiso district. He is a male Ugandan aged 49, married with 5 children aged between 3 and 18 years. He pays school fees for 4 of them and has with 2 dependents due to proximity of their schools.

Joseph is an internal security officer. He works 6 days a week for 8 hours. He has been in this job since 2001 and his additional income is from selling cattle products especially milk and meat, which he started in order to increase his income sources.

He has approached Ugafode for a loan of 5,000,000 to buy cattle for fattening because he dreams of expanding his farm to one that can accomodate around 3,000 head of cattle. He still faces challenges like prolonged droight and competition.

Joseph would like to tell funders that they are doing great work in supporting micro entrepreneurs.