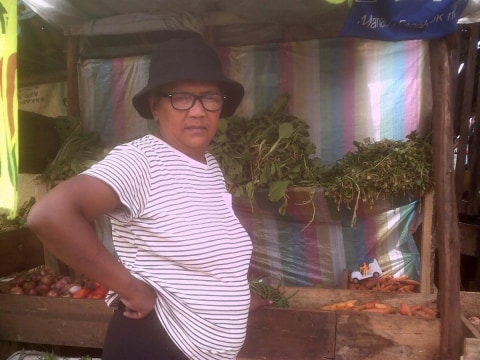 Perline's loan finished fundraising, but these other borrowers need your support

A loan helped to buy potatoes, cabbage, and tomatoes to resell.

Perline is a divorced woman with two children under her care. To support her family's needs, she has sold vegetables since she arrived in the capital in 2007. The vegetables she sells vary according to the season.

Currently, she is selling potatoes, cabbage, and tomatoes. However, as a way to increase the quantity of the vegetables she sells, she has sought a loan.

In the future, Perline wants to start raising dairy cows in the countryside.