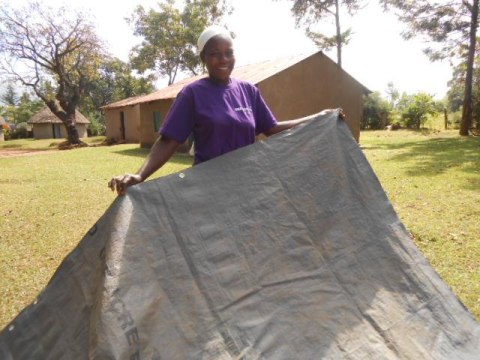 Janet is 38 years old and is often described as a very experienced farmer. She has 4 children and is married. As a group leader, Janet is representing her group of 5 farmers in Matete District in Kenya, and is very excited to be working with One Acre Fund for the first time this year.

The decision to join One Acre Fund was largely a result of Janet's desire to earn enough to send her children to school. Apart from receiving farming inputs, she is also purchasing a solar light as part of her loan, which is very exciting to her as she will now be able to reduce the consumption of paraffin fuel and therefore save more money. With the profits that she gains from this year’s harvest, she plans to invest in a business.

Janet and her group will receive a total of 5 solar lights as well as input loans of maize and fertilizer to plant a total of 3.5 acres.