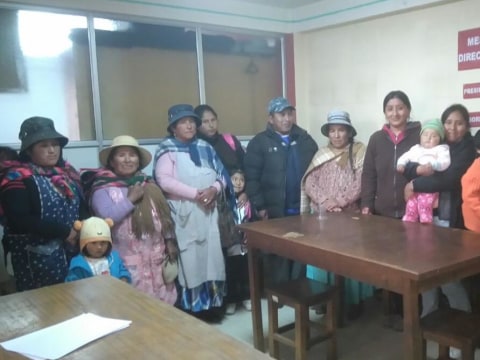 A loan helped to purchase canned goods in bulk.

The "Virgen de las Nieves" Communal Bank will begin its fourth cycle in Pro Mujer, as part of the Copacabana Regional Office. It is composed of eight members, and is directed by a board of directors of which Señora Teodora is president.

The loan that they may receive would benefit the women micro-entrepreneurs of whom Señora Teodora is a member. Her business is a corner store, and she says that she learned this business on her own initiative several years ago.

The loan that she will receive now is for increasing capital through the purchase of canned goods in bulk, which she will get from the wholesale vendors in the city of La Paz. Later she will sell them in her sales space. This form of work allows her to generate income to support her family economically, as she is single.