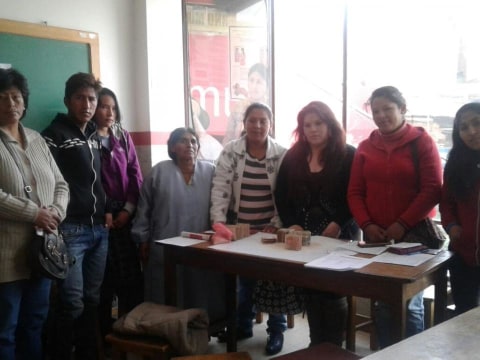 Las Bolivianitas Group's loan finished fundraising, but these other borrowers need your support

A loan helped to buy rice, noodles, and oil at wholesale.

The “Bolivianitas” communal bank will begin its eighth cycle with Pro Mujer, as a part of the Centro Focal 3 de Mayo. It is made up of eight members and managed by a board of directors. Señora Jacqueline is the president.

The loan they take out will benefit small micro-entrepreneurs such as Jacqueline. Currently she has a business selling food. She says that she learned this business on her own a number of years ago.

The loan which she will take out now will be to increase her capital to buy rice, noodles, and oil at wholesale. She will buy this from wholesalers in the city of La Paz for later production and sale at her space.

This kind of work allows her to generate the resources to support her family financially, as she is single and has two children.