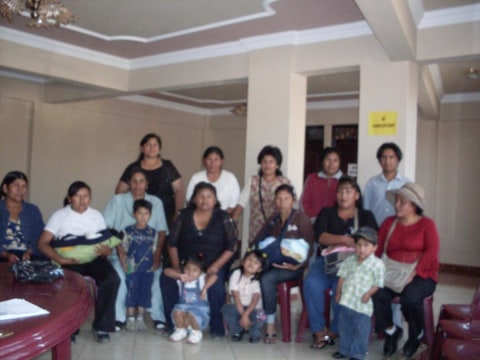 Señor D. Malta, an enterprising bank, is comprised of women who live in the same neighborhood of Avenica Suecia. They know each other well. Gloria S. R. is the president. She is one of the most responsible and serious members. She has a grocery story in the central zone. With the loan from Emprender she is stocking her store. Betty Q. E. is the treasurer of the group. She is an old member of Emprender. She is good natured, and she knows the members very well. She has a little food car where she sells hamburgers and “salchipapas” (fast food maD. from fried sausages and fried potatoes) in the central zone. She sells together with her niece, who is like a daughter to her. She took her in when she was small. Counting her niece, she has five children. She sells from seven in the evening until very late.