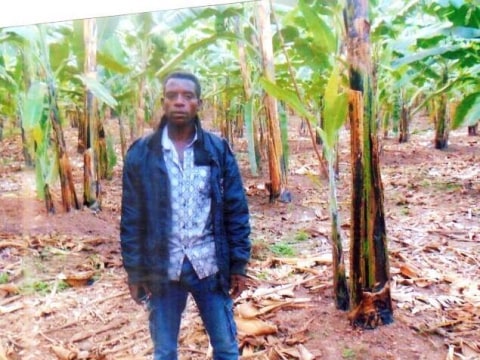 A loan helped to mulch his banana plantation.

Wilber is hard working man aged 42 years who lives in the village of Nyamuyanja Kayonza, Isingiro district, and doing agriculture in the same area. He grew up as as a farmer since his parents were farmers and he sells Matooke to Isingiro and Mbarara town.

He is a hard working man who has a large banana plantation where he makes his income to meet his family's basic needs, including paying school fees and taking care of their health. He is requesting for a loan of UGX 2,500,000 to buy manure to mulch his plantation and hopes to yield more Matooke.


He is currently worried about the looming dought but hopes the mulch will help in maintaining moisture in the plants, minimising the effect of the scorching sun. Thank you for supporting Wilber.