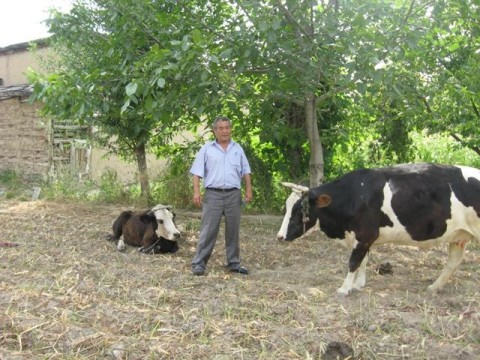 Z. Hikmatullo has been selling cattle, together with his father (pictured), for more than four years. This has helped him move on in his business. Hikmatullo is married and lives with his parents. He has no children yet but is already working hard in order to improve his family's standard of living and be ready to fulfill a father's responsibilities. One of his main needs is to purchase cattle in order to improve his business. For this reason, Hikmatullo requested a loan of $600 USD from Kiva partner, IMON International. Not only will his business benefit from it, but so will his family. Your support will really help him.