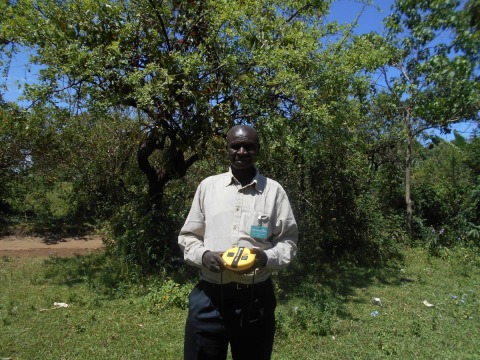 A loan helped to purchase a solar light as well as hybrid seeds and fertilizer to improve harvests of maize.

Christopher is 73 years old and is often referred to as a really friendly person. As a group leader, he is representing his group in Webuye District, formed by seven farmers, including himself.

Christopher has been a farmer for more than 20 years, and has worked with One Acre Fund for a while now, having joined for the first time in 2015 because he wanted to get the best quality fertilizer and hybrid seeds. Not only will he get maize seeds and fertilizer with his loan, he will also buy a solar light in order to have light during dark hours to help his children to study. He decided that he will use the profits he gains from this year’s harvest to save more money for the future.

With this loan, Christopher’s Group will receive a total of three solar lights as well as farming inputs to plant a total of 5.75 acres.