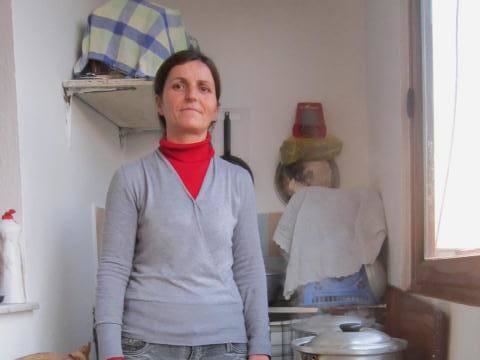 A loan helped to repair the ceiling of her apartment that was built more than 50 years ago.

In this photo, Valentina is welcoming us in her home kitchen, where she spends the major part of the day cooking for her husband and her three children. It can’t be compared with a normal kitchen; however, this has been her normality for years.

Valentina is a 40-year-old woman who lives with her family in a small city in northwest Albania. Their apartment is part of a building that was built during the Communist system more than 50 years ago. It is heavily damaged; hence the ceiling needs an urgent repair to avoid collapse. This is why Valentina is requesting this loan.

Valentina receives economic assistance of $43/month. Her husband sells fruits and vegetables in the farmers market, making a monthly profit of $385. Their children, who are between 11 and 19 years old, go to school.