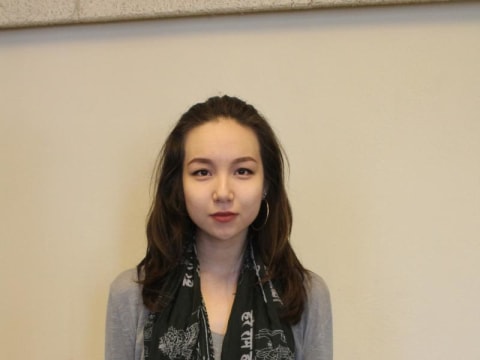 Yasmin's loan finished fundraising, but these other borrowers need your support

A loan helped to pay for her study in the Visual Arts, Filming, and Television Department.

Yasmin is a freshman student from the Visual Arts, Filming, and Television Department at the American University of Central Asia (AUCA). Yasmin thinks that the degree from the AUCA is one of the most prestigious, elitist, and respected, that will give her a chance to enrich her knowledge and professional growth. She wants to become one of those people who will develop cinematography in her country.

Yasmin lives with her parents; besides Yasmin, her parents have to support Yasmin’s grandparents who live in the village. Her parents salary is enough only for daily expenses and for supporting her grandparents. Yasmin wants to become a professional in her future work, that’s why now she needs to be supported by Kiva lenders.