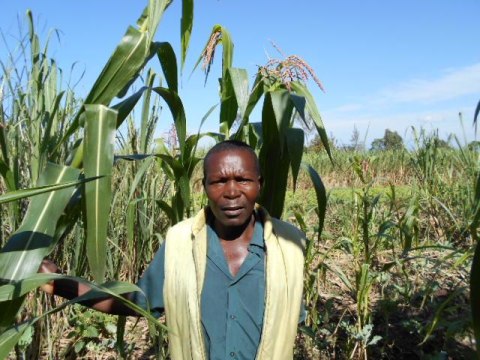 Agrey's Group's loan finished fundraising, but these other borrowers need your support

A loan helped to purchase a solar light and cost-efficient, hybrid seeds and fertilizer for maize cultivation.

Agrey is a 48-year-old, proud father of seven children. He is a group leader, often described as a very trustworthy person. He is representing his group of 15 farmers in Matete District. Since joining One Acre Fund in 2013, Agrey has noticed that he has learnt a lot from the training in farming techniques provided by OAF.

Agrey described his harvest as good last year, and he believes he can have an even better one this year by continuing to work with One Acre Fund. He is very excited to be purchasing a solar light, in addition to fertilizer and maize seed, because the solar light will enable him to have light during dark hours, for his children to study by. With the profits from this season’s harvest, he plans to buy a cow.

With this loan, Agrey’s Group will be able to plant a total of 12 acres of land and purchase a total of 9 solar lights.