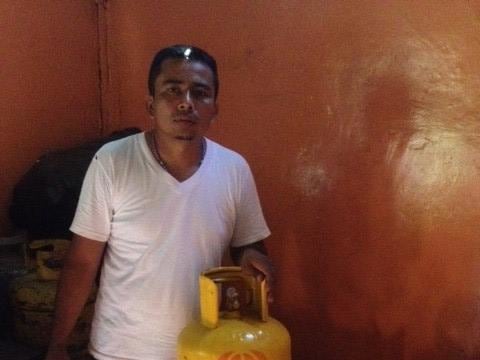 Edwing Tomas's loan finished fundraising, but these other borrowers need your support

A loan helped to purchase butane gas and live pigs.

Edwing Tomas is 37 years old. He has a partner and two minor children. He is originally from the municipality of Chinandega, located in the western part of the country. He is characterized as being a hard-working, responsible man with a desire for self-improvement. His business, located in the municipality of El Viejo, is a distributorship of butane cooking gas for domestic use. He has both regular and occasional customers. He has duly authorized permission from the city fire company to distribute the gas with all of the precautions that this type of business deserves.

He also sells live pigs. He buys from the producers in the rural and semi-rural areas of the city of Chinandega. He has both regular and occasional customers. He raises the pigs for a time, and then, when they are a good size, he sells them at another price.

He started his business on his own because, in the territory where he lives, there was no distributor of butane gas. So it seemed to him quite appropriate to set up this type of business. He began with few products, and now he has a few more. It is the same with the pig business.

He hopes to earn higher income in the not too distant future. The objective of the loan is to invest in working capital and buy pigs to raise and sell. Edwing Tomas is grateful for the help that the Kiva lenders are providing to people with few resources in poor countries like Nicaragua.