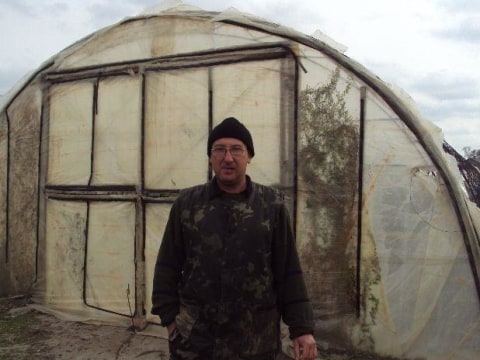 Yevgen's loan finished fundraising, but these other borrowers need your support

A loan helped to buy plastic film and a heating boiler for the greenhouses.

Yevgen is a farmer. He has grown early tomatoes since 2005. Back then Yevgen’s parents bought him a house. Yevgen constructed all greenhouses on his own and decided to start his farming business. It was hard for Yevgen to find a decent good-paying job because he is partially visually impaired and no employer wanted to keep him. However, Yevgen decided to press on and try his luck in entrepreneurship. Never since has he regretted starting this business.