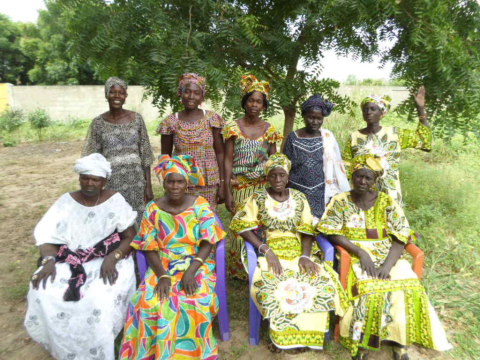 Mbode Madeleine's Group's loan finished fundraising, but these other borrowers need your support

A loan helped to buy two sheep and two pigs.

This group, which consists of nine members, is part of a Banc Villageois created in April 2010. It comprises women who show great solidarity and get along well with with one another. They are either involved in retail business or fatten livestock for a living.

Mbode is the group's featured borrower. In the photo, she is standing on the right and raising her hand. She is 51, married, and the mother of seven children, two of them boys. She has been fattening livestock for several years and has a great deal of experience in this field of work.

She plans to use her new loan to buy two sheep, two pigs, and some animal feed. Her profits will be used to resume the construction of two bedrooms in her family's house.