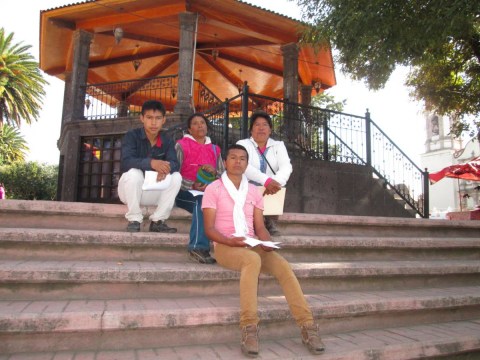 A loan helped to buy flowers and fertilizers, in addition to fumigators.

Aurora is a hard-working and friendly woman, who is 44 years old. She has been married since she was 29 years old and has formed a family with five children, none of which is still dependent on the couple.

Selling flowers has always been her dream, but she had no way to achieve it until one great day her son married a girl whose parents work growing flowers. This helped her a lot, because they helped her to obtain flowers at cheaper prices than normal. But above all, she is much happier because she has the loan from VFMéxico and this helps her to buy more flowers in larger quantities and thus her business will be stocked better. “The loan is really a key part of realizing my lifelong dream, which is to have a well-established flower shop”.

However, Aurora not only has worked buying and selling flowers but also started growing flowers two years ago. Now, with this new loan, she will buy flowers, fertilizers, fumigators. She tells that she sells in communities near where she lives. Her sales are going very well.

In the picture: the members of the group. Doña Aurora is the one in the white sweater.