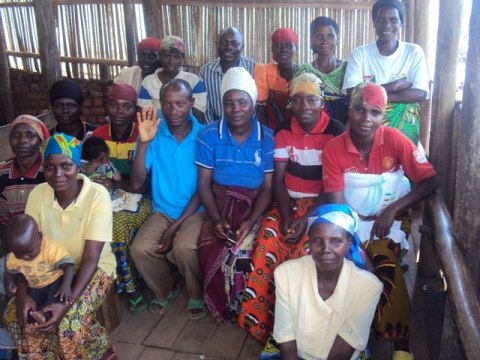 Ntituzerinze Group's loan finished fundraising, but these other borrowers need your support

The Ntituzerinze group was made up of 15 people. But Chronalie left the group after this photo was taken. She is the one seated in the last row, six person from the right.

Deogratias is the group's representative and lives in Bujumbura. He is 54 years old and is married to Seraphine, a farmer. Together they have seven children, aged from 11 to 44 years old. Three of the children are in school.

Deogratias has sold meat for 31 years.

He is on his fifth loan with Turame. With this Kiva-financed loan, he is going to increase his capital to buy four goats, which he will slaughter and sell many kilograms of meat as a way to earn more.

In the coming years, he would like to buy a piece of land and see his children go to school.