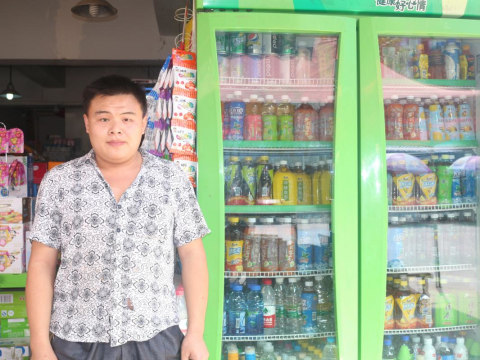 A loan helped to expand his shop to meet increasing demand.

Hongguang is 28 years old, single, and lives with his adoptive mother who is 70 years old without means for living. Previously he was a chef at a hotel, but he resigned, and then began to set up a his own stall. He has rented a retail shop in his community to sell food and general merchandise for almost four years.

Hongguang is borrowing CNY 20,000 from Microcred, and this is his third loan. He repaid his previous loan on time, and this time, he needs the money to expand the store. As there is a new school built near his shop, he wants to expand in scale to meet more demand from the students.

For his dream, he wants to find a girl who is willing to help his business and take care of his mother.