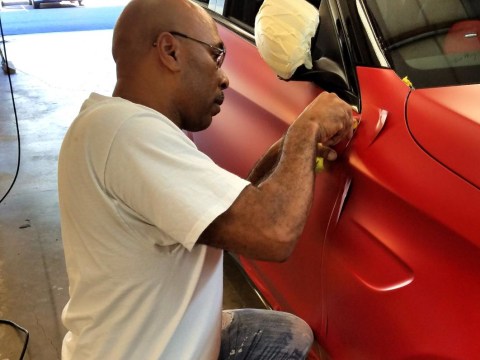 Kevin's loan finished fundraising, but these other borrowers need your support

A loan helped me to grow my car wrapping business by purchasing a wide format printer and renting warehouse space.

My name is Kevin Lash, I have a home based business called Sew Many Designz that specializes in custom embroidery, screen printing, sublimation, promotional products as well as vehicle wraps. I am born and raised in the Bay Area (SF) and recently moved to S. Cal and have been spending time acclimating to the area and focusing on ways to grow the business. I grew up in and around the mean streets of San Francisco and found myself easily influenced....and went through some troubling times. There were plenty of times throughout my life when I could have giving up on life,but I made a conscious decision to go a different route and make something of myself. I decided to make an investment in myself and I haven’t looked back. Eventually I moved over to the East Bay where I started focusing on Sew Many Designz. My number one Priority right now is to grow the business and use it as a vessel that will include an apprenticeship program for the disadvantaged youth in the community. I want to show the youngsters that the have positive life choices available to them as long as they are willing to make a change and an effort to learn.