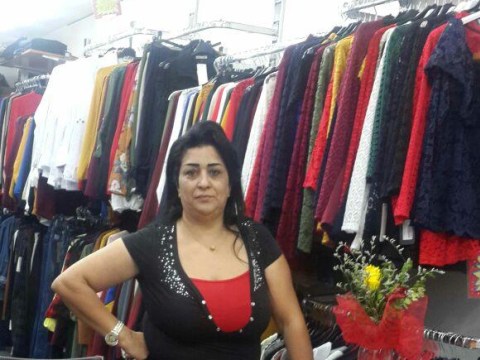 A loan helped to buy a new winter clothing collection for her clothing store.

A divorced woman who established her own clothing sales store four years ago, is requesting a 2,313,613 Lebanese pound loan for the first time from Kiva's partner Ibdaa. Haifa, this ambitious woman, lives alone in a rented apartment in Aley area, Lebanon.

She was born in 1967 and she is looking always to develop herself and her shop. She needs the loan to buy a new winter clothes collection for her store before the winter season in order to increase her sales, thus her profit.
Seven months ago, Haifa opened a new store for men's clothes, which improved her income.

Haifa's stores are well known in the area and she sells at very competitive prices. Haifa has a great reputation, and she aims always to improve her living and financial conditions.