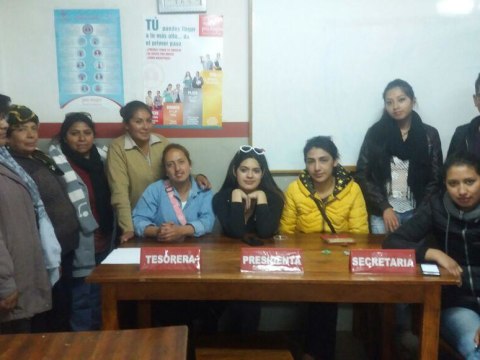 The Cruz Chakhana communal association will begin its first cycle in Pro Mujer, as part of the Villa Tejada branch. It is made up of ten members, and is led by a board of directors of which Aileen is the president.

The loan they will take out will benefit micro-entrepreneurs such as Aileen. She currently has a business selling electrical appliances. She states that she learned this business on her own initiative some years ago.

She will use the loan to increase her capital to buy electrical appliances wholesale. She will buy them from the vendors in the city of La Paz. Later, she will sell them from her sales space. This manner of work allows her to generate resources to support her family economically, as she is married and has two children.