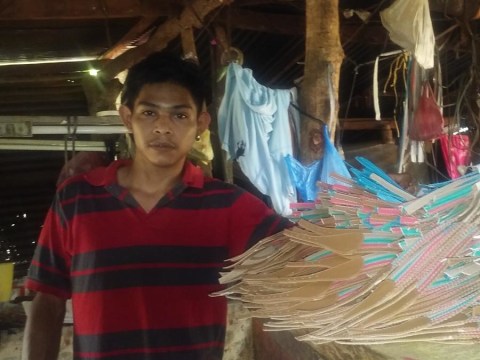 Carlos Eduardo's loan finished fundraising, but these other borrowers need your support

Carlos, a young 23-year-old man, is a total example of entrepreneurship. His parents taught him the profession of being a shoemaker. For this reason, at only 15 years of age, he set out to start his own shop making footwear. With a lot of effort he has been able to get ahead and make his business something prosperous.

He has worked very hard, always visualizing his future. In fact, with the profit that he obtains, he is improving the infrastructure of his home a little. Now he has turned to funding from Kiva together with MiCrédito, with which he plans to buy leather, thread, shoe soles, fabric, and glue to be able to have good footwear production. In the future he hopes to put together his association of shoemakers to produce in large quantities.