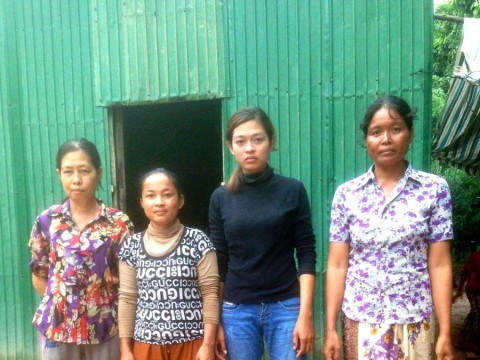 A loan helped To buy fertilizer and pesticides in order to get rid of weeds from her farmland and increase more outputs.

At the aged of 28 years old, Sreypov is a mother of one schoolchild who needs her to support. She originally from Ponhea Krek district of Tbaung Khmum province. To secure for her child’s living, she cultivates rice and cassava are the main sources of her income for almost 10 years. During her spare time, she works as a garment worker to earn additional. Low crop yield resulted from insect and weeds are the main challenges for her plantation. In order to solve this problem, she decides to request the second loan from VisionFund. She already paid back the first loan and has used it to better support on her daily living. Sreypov, who is the leader of four members group, will use her loan portion to buy fertilizer and pesticides in order to get rid of weeds from her farmland and increase more outputs. In the future, she hopes to earn additional income to enlarge her farmland bigger than before.