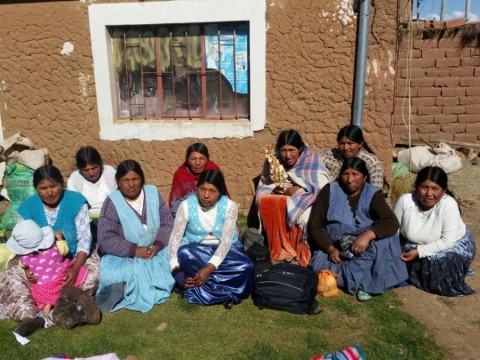 The “Las 3 Rosas de Santa Ana” Communal Bank will start its fifth loan cycle in Pro Mujer, as part of the Focal Hub Copacabana. It is formed by nine members and directed by a board of directors where Telesfora is the president.
The loan they are getting will benefit small businesswomen where Telesfora is a member. Currently, she has a business selling cheese. She comments that she learned this business on her own many years ago.
The loan she will get will be to increase capital and to buy beef cattle which she will purchase from the saleswomen of her community. Later, this will be her means of production. This way of work will allow her to generate resources to support her family financially, because she is married and has five children.