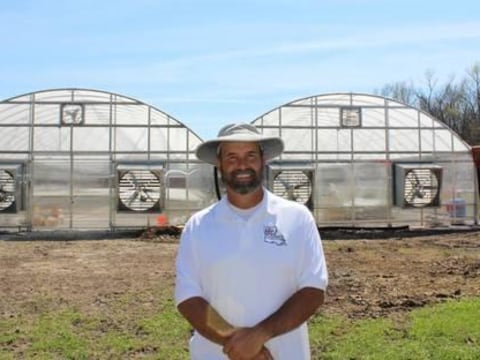 Allen's loan finished fundraising, but these other borrowers need your support

A loan helped repair and replace equipment damaged in the recent Louisiana floods.

I served in the United States Marine Corps from May of 87 until July of 92. Primary MOS was 6324, Avionics on Huey’s and Cobra’s but crossed trained as an aerial observer and door gunner. Flew combat sorties in Desert Storm as a door gunner in an experimental aircraft which was a Huey outfitted with one of the Marine Corps first FLIR / Laser designator packages. I was forced to medically retire due to injuries sustained from a class A mishap. I've been married for 18 years and have two children who are both spoiled rotten. Recently, due to historic flooding in the South Louisiana area, my greenhouse took on water and sustained damage right as I was supposed to be launching my business. It's going to take time for us to recover from this event and that's why I'm asking for your support now. Please allow me the time get my farm going so I can pay it forward.