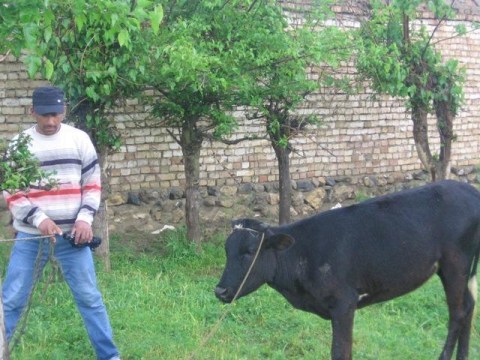 Shomurod's loan finished fundraising, but these other borrowers need your support

A loan helped Purchasing cattle and calves to expand the business.

S. Shomurod is a loving and self-sacrificing father. Ever since he was very young, Shomurod has been around people raising animals, and thanks to this experience, he dedicates himself to raising and selling cattle, work that he learned from his humble parents.

With experience gained over time in the purchase and sale of cattle, he has been able to bring stability to his family. The desire that Shomurod harbors in his heart is that of increasing his capital to invest in acquiring more animals. He requests 800 USD to buy more cattle so as to expand his business. Let’s get together behind the request of this devoted father to help him keep bringing well-being and security to the members of his family.