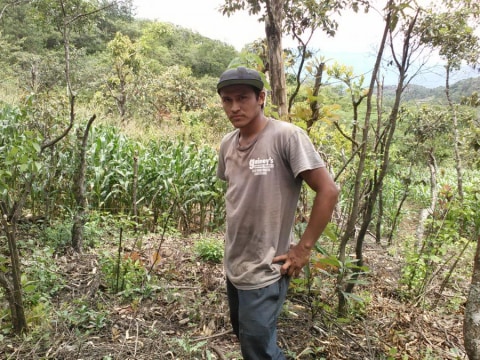 Rafael Antonio's loan finished fundraising, but these other borrowers need your support

A loan helped to purchase two sacks of fertilizer for his crops, and he will pay labor costs for help.

Rafael went to school up to the ninth grade and couldn’t continue because of a lack of economic resources. He is married, and his wife is employed. They have one four-year-old son. Rafael has worked growing basic grains since he was young, and he learned it from his father. He also works as a laborer and a mason’s helper. This is the way he earns extra income. He is always attentive to his crops so that they grow well and the harvests are abundant. He needs this loan to purchase two sacks of fertilizer for his crops, and he will pay labor costs for help. He dreams of continuing to go to school in the future and getting a university degree in order to get a better job that will allow him to give his family the life they deserve.