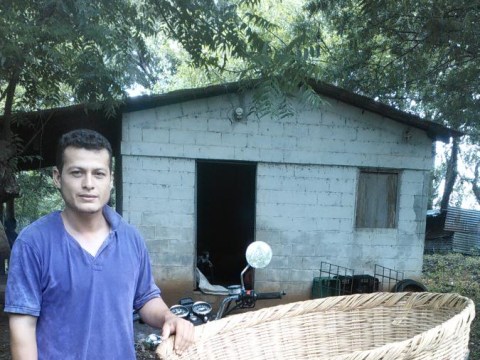 A loan helped to buy 2 young goats to fatten and later sell.

Edwin is 28 years old and studied until the first year of secondary school. He is in a relationship, and his partner spends her time taking care of the home.

For the past 8 years, Edwin has made a living selling bread, which he has done ever since leaving school. In addition, he is knowledgeable in the fields of farmwork and livestock. He goes out to sell bread on his motorcycle that he bought over a year ago. Previously, he did it on a bike.

He will use this loan to buy 2 young goats to fatten and later sell.

He dreams of having his own house, as he is paying rent where he lives at the moment.