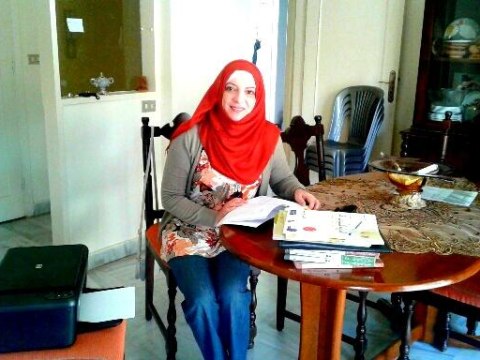 Fatima's loan finished fundraising, but these other borrowers need your support

A loan helped to pay for her son's second year IT university degree.

Fatima is a married mother of two children. She has been working as a tutor and in translating books for the last 21 years to support her husband in covering their family's daily living needs and expenses.

She is putting so much effort into providing her children with the best education to make sure that they can manage having a brighter future.

Through an acquired loan from Kiva's field partner Al Majmoua, Fatima will pay for her son's second year IT university degree. This major of studies can be finished during three years, but as Fatima mentioned, because she is her son's major financial supporter, paying for his courses will let him graduate within a maximum four years instead of three.

She will work hard to help him graduate early and make his dream come true.