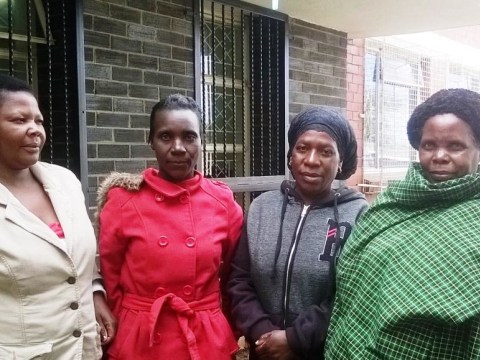 Chiwira Group's loan finished fundraising, but these other borrowers need your support

A loan helped to buy better African material so that she can tailor nicer outfits and get newer clients.

Chiwira consists of four organized women who reside near each other in the neighborhoods of Glenview and Budiriro. These women have known each other for a long time, working together, sharing business ideas, and sending each other for restocking.

Three of these women are widows and have only themselves to rely on for the upkeep of their families. Janet also began looking after her brother's children after he passed away. She is a tailor who operates from home. She sells clothes, uniforms, and African attire.

Janet and her group members attended trainings which they say have helped them achieve financial discipline. They now greatly appreciate the savings culture. Janet's portion of this loan ($300) will help her to buy better African material so that she can tailor nicer outfits and get newer clients while retaining her old ones.